Tweet
Photo Gallery Personal Tour Samples Discovering Suzdal and Vladimir with Esther and Ricky from Hong Kong at Dec 24-25, 2018
Next Previous 15 of 16 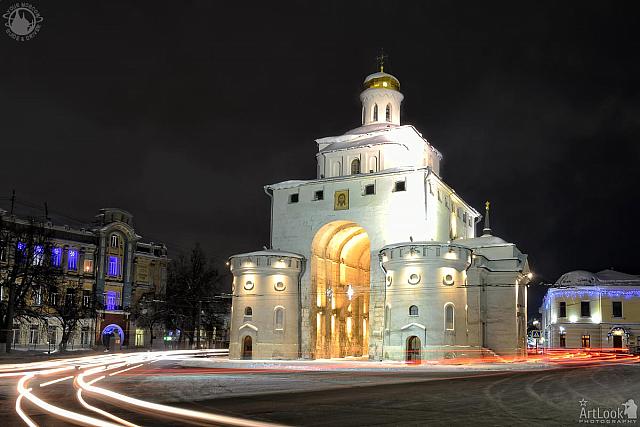 Long exposure photograph with a view from the beginning of Dvoryanskaya (Noble) street on the majestic Golden Gate of Vladimir and traffic light trails in winter holidays.

The western gate of the ancient Vladimir city was constructed in 1158-1162 in the reign of Grand prince of Vladimir-Suzdal Andrey Bogolyubsky (Andrew the Pious). It became the main entrance into the old town protected with mighty earthen ramparts, wooden towers and walls. The gate is of exceptional interest as an extremely rare example of medieval military defensive architecture. The structure was topped with a barbican church dedicated to the Deposition of the Virgin's Robe and symbolizing the Theotokos's protection of Andrew's capital.

Photo #739 taken on December 25, 2018 in Vladimir during the 2-day winter tour of Golden Ring of Russia with my dear clients from Hong Kong, Esther and Ricky. 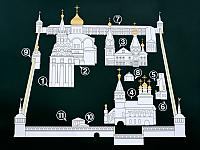 Alexandrov (Aleksandrov) was established in the mid-14th century and was known as Alexandrovskaya Sloboda. Today, it has a special place amongst the eminent historical and cultural sights in Russia and included in its Golden Ring route. Aleksandrovskaya Sloboda became well-known and prosperous in the turbulent 16th century – the time when Russia established itself as the largest European power, the time of the reign of Ivan IV Vasilyevich (1530 - 1584), commonly known as Ivan the Terrible.