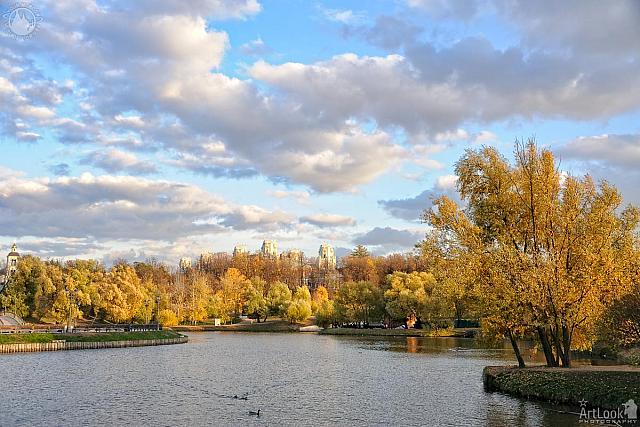 Autumn scenery of Tsaritsyno Park with the view from the Middle Tsaritsyno Pond (Sredniy Tsaritsynskiy Prud) on the beautiful yellow trees and the blue sky with fluffy white clouds.

MGU Against Grey Clouds at Twilight. May 2014

The illuminated building of Moscow State University contrasts nicely against clouds by the time it gets dark. Its reflection in the local pond works always perfect for great night pictures in summer season. The main building of Moscow State University is one of famous seven high-rises built in middle of 20th century by order of Stalin, that is why they were called "Stalin high-rises" and "Seven Sisters".