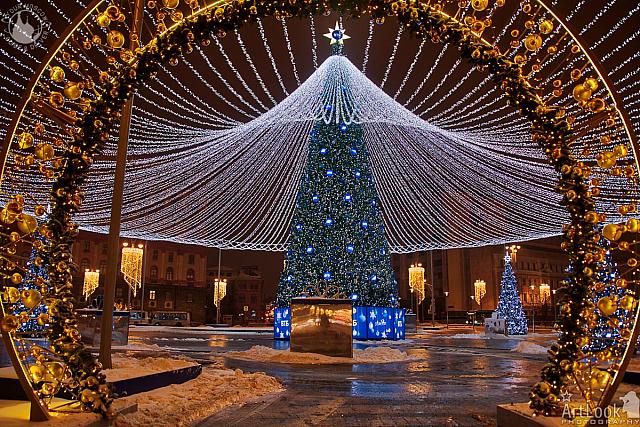 Beautiful illuminated Christmas tree under a huge light tent made of hundreds of LED lights framed with New Year balls on Lubyanka square in the historical center of Moscow city at one evening at the end of 2020.

Monument to Peter the Great Under White Clouds in Summer

View of the monument to Peter the Great on the river Moskva (Moscow) covered with beautiful white clouds on a blue sky. The impressive 98m (328ft) high monument from steel and bronze was erected not far from Moscow Kremlin in 1997 to commemorate the 300th anniversary of the Russian Navy that was founded by the famous Russian tsar, Peter I (The Great).