Open-worked Crown with a Spire 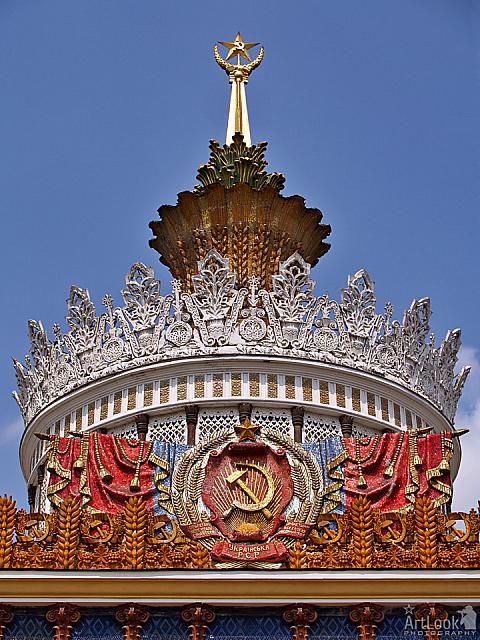 «Open-worked Crown with a Spire»

The tower of pavilion Ukraine at All-Russia Exhibition Centre (former VDNKh). The pavilion was built in 1939 and reconstructed in1947-1954 under the design by architects A. Tatsiy and K. Ivanchenko (Ukrainian architect). It is a historic and cultural monument of national significance that represents Ukraine as one of republics of former Soviet Union (USSR).

The Magnificent St. Basil’s (Intercession) Cathedral and monument to Minin and Pozharsky (in front of the church) under snowfall at dark winter evening. The 46-meter-tall Intercession Cathedral on the Moat (originally called Pokrovsky Sobor) was commissioned by the first Russian Tsar, Ivan IV the Terrible, to commemorate his successful military campaign in the East and the taking of Kazan Khanate, the stronghold of the Golden Horde.