Old Light in the Ancient Gallery 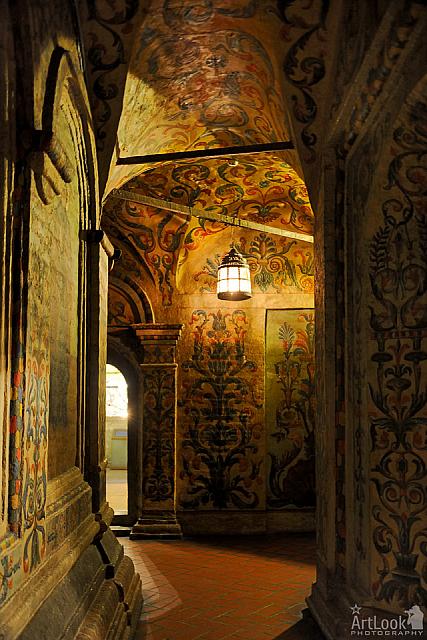 «Old Light in the Ancient Gallery»

With all the majesty of its external appearance, St. Basil's cathedral built on the Red Square in middle of 16th century is quite small within. Its quite narrow gallery inside connects eight chapels around the main church of Intersession of the Mother God (Pokrovskaya). In 17th century the walls of the gallery were painted with beautiful floral ornaments and images of saints to whom each church was devoted. Unfortunately, not many original frescos survived until present days, but many were restored during Soviet times and during the modern history of Russia.

Photo #206 taken on December 20, 2014 during tour of St. Basil's Cathedral with my dear clients from USA, Sabrina and Michael Taylor.

St. Euthymius Monastery of Our Savior

The monastery was founded in the 14th century, and grew in importance in the 16th and 17th centuries after donations by Vasili III, Ivan IV and the Pozharsky family, a noble dynasty of the region. Among the buildings erected during this period were the Assumption Church, the bell tower, the surrounding walls and towers, and the seven-domed Cathedral of the Transfiguration of the Saviour.