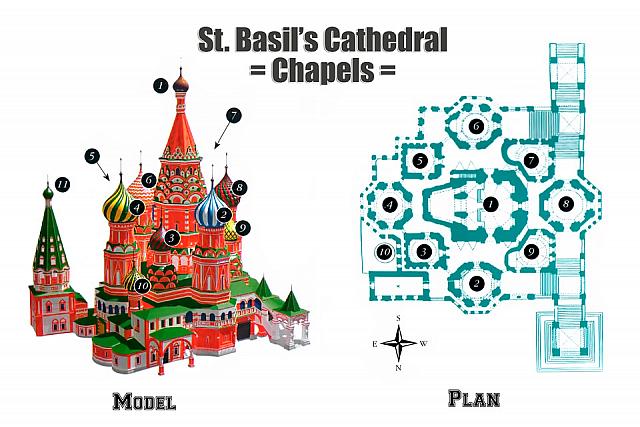 Maps of St. Basil's Cathedral with keys of its 10 chapels and belfry. Description of the cathedral chapels with their Altar Holidays and Significance (all dates given according to the new calendar):

Filyovskaya (Fili) Line (until 1971 - Arbat-Filyovskaya is the fourth line of the Moscow metro. It was opened in 1935 and passes in the western part of the city through the historic district of Fili, which explains its name. One of the two lines of the Moscow metro (the second is the Butovskaya line), most of which is on the surface.