A Way to the Main Cathedral of Novodevichy 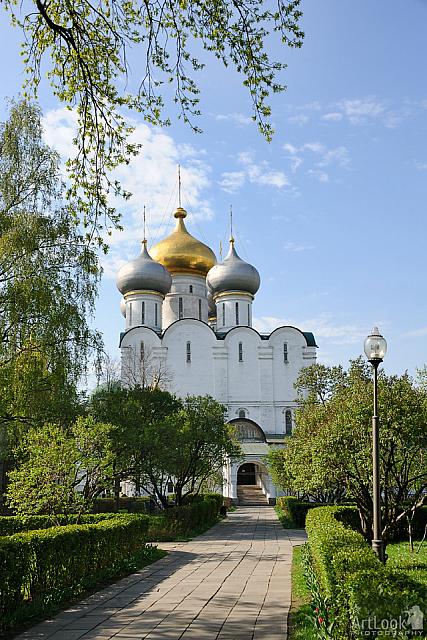 «A Way to the Main Cathedral of Novodevichy»

The majestic six-pillared five-domed Smolensky Cathedral is the oldest structure in the ground of Novodevichy convent founded at the beginning of 16th century. The beautiful church with onion domes was constructed in 1525 on money commissioned from Grand Duke Vasily III (Basil III) in honor of military and diplomatic triumph of the prince of Moscow. The main summer church built in Russian-Byzantine style became a burial vault for the first wife of Peter the Great, Eudoxia Lopukhina, and his half sister, Sophia Alekseyevna, at the end of 17th – beginning of 18th centuries.

Photo #007 taken on May 01, 2014 during tour of Novodevichy convent with my Dear client from Spain, Carmelo G. Santana.

In front of St. Basil's Cathedral at Night