Magic of White and Red 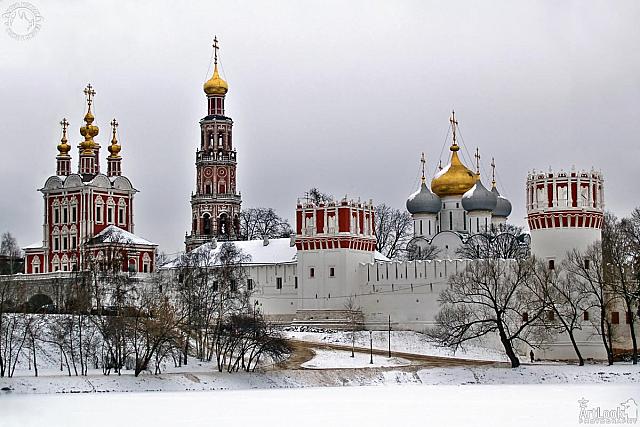 «Magic of White and Red»

On the last day of 2006 the beautiful winter scenery of one of the most famous landmarks in Moscow, Novodevichy convent, from a local frozen pond.

Lying by a river bend on the south-western edge of old Moscow, Novodevichy is one of the city's loveliest monasteries and major spiritual centers from centuries back. The red and white crenelated walls and golden domes of Novodevichy Convent make it one of Moscow's most attractive monasteries. Novodevichy, or "New Maidens Convent" in English, was founded by Vasily III in 1524 to commemorate the recapture of Smolensk from the Lithuanians in 1514. The convent is rather like a miniature Kremlin, built as a fortress in the bend of the Moskva River, became an important component of the capital's southern defense belt which consisted of several monasteries and cloisters. This is also one of the very few places perfect for a winter stroll as well, the landscape only gets more beautiful at winter.