After the Spring Rain 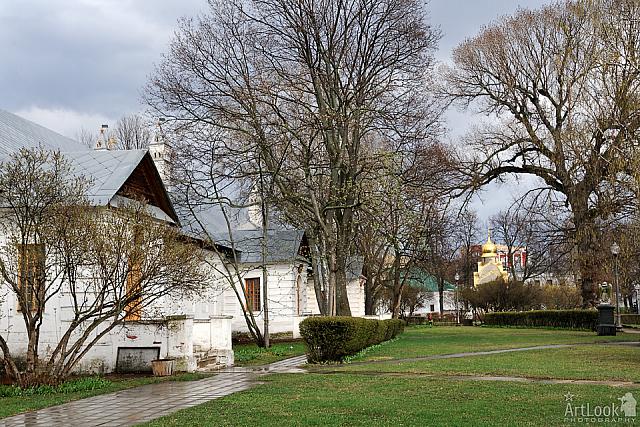 «After the Spring Rain»

Overview the grounds of Novodevichy convent after a short spring shower with the view of the Singers' House at the left and little cute chapel of Prokhorov family with golden helmet shape dome between trees in background of the picture. Spring finally is coming to central part of Russia and nature is awaking after the long winter season.

The Singers' House was built in late 17th century and uses in present time as a home (cells) for local nuns (Novodevichy convent was closed in Soviet times as religious house, but reopened after crash of USSR in 1991). The convent, which was in 16th and 17th centuries the one of the most wealthy monasteries in Moscow and whole Russia, is very peaceful and quiet holy place located just in few kilometers South-West from Moscow Kremlin.

Photo #179 taken on April 27, 2015 during tour of Novodevichy convent with my Dear client from Denmark, Rhiannon Hansen.