Twilight Over Patriarchy Bridge and Cathedral of Christ the Savior 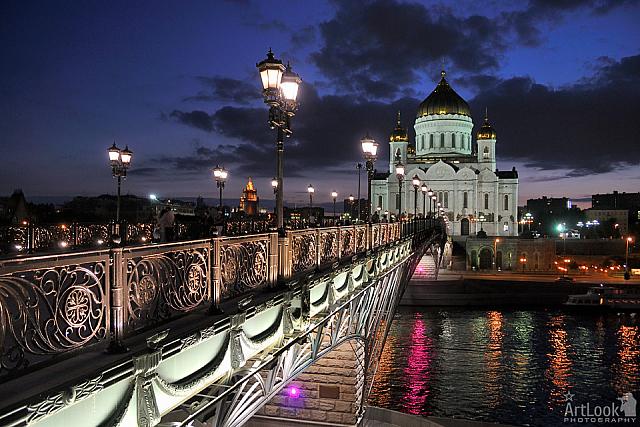 «Twilight Over Patriarchy Bridge and Cathedral of Christ the Savior»

The view on architectural ensemble of Cathedral of Christ the Savior and Patriarchy bridge at summer twilight, at the moment when old style street lamps and powerful spotlights illuminate impressive architecture against still dark blue skies.

Photo #070 taken on July 28, 2009 during evening tour of Moscow city with my dear clients from USA, John and Dale Walters.

One of the most beautiful stations of the Ring Line is Taganskaya Station that was opened on January 01, 1950. The station is named after the district Taganka. The theme of the station’s architectural treatment is medieval architecture. The cells of the vaults contain majolica panels with profile portraits of men of the Soviet Armed Forces, partisans, railway workers, cavalrymen, sailors, pilots, tank- and infantrymen.