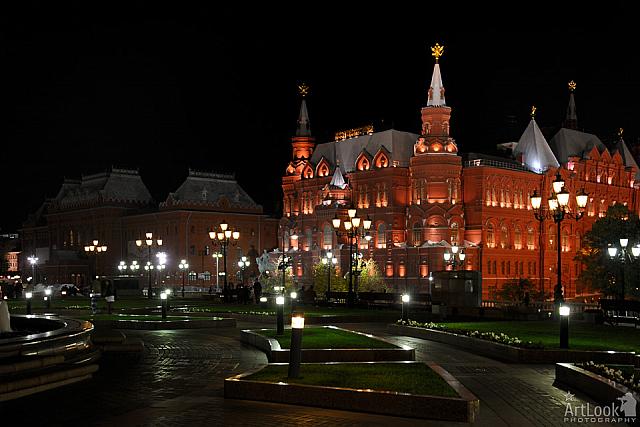 «Illuminated Street Lamps on Manezhnaya Square»
Located near Moscow Kremlin and Red Square, the Manezhnaya Square is one of the famous squares in heart of capital of Russia. It occupies the large pedestrian open space bound by several famous buildings including the beautiful red brick building of State Historical museum (1872) shown on this picture. Manezhnaya square was reconstructed in 1990s with modern four stories trade center underground. On grounds it was stylized to 19th century architecture with attractive street lamps and fountains.
Next Previous 126 of 146 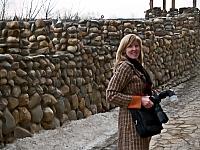 Walking at walls of Izmailovo Kremlin

My Dear Client Lynn Frieda, photographer from London, UK, walks near a stone wall of old-style fortress in Izmailovo.