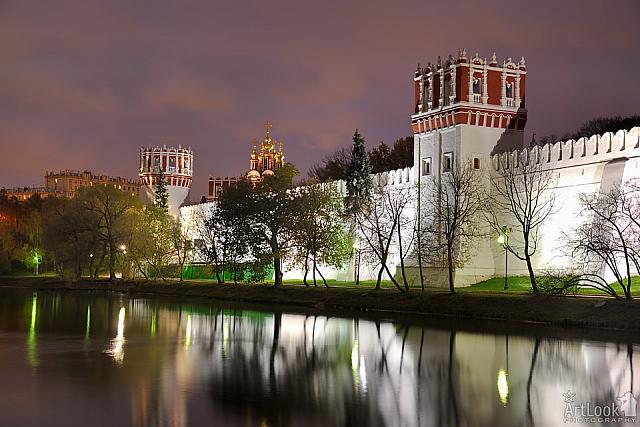 Night view from the Big Pond in Novodevichy Park on the beautiful walls and towers of Novodevichy Convent with reflections on the water at twilight in Autumn season.

The striking red and white crenellated walls and towers of the convent were built in Muscovite Baroque style in 1680s on money commissioned by tsarevna Sofia, the elder step sister of Peter the Great. The walls and towers from the side of the Big Novodevichy Pond were renovated and lit with new bright spotlights in 2015-2016.

See more photos from this place in album: Novodevichy Park.

Resembling a French chateau, the palace of Emperor Alexander III is situated 5 km North-East from Yalta in Crimean village Massandra that located on elevated and cliffy cape. The castle originally built in 1881-1900 for Tsar Alexander III, but after his death in 1894, the palace in Massandra was finished in 1900 by his son and the last Russian Tsar, Nicolas II.