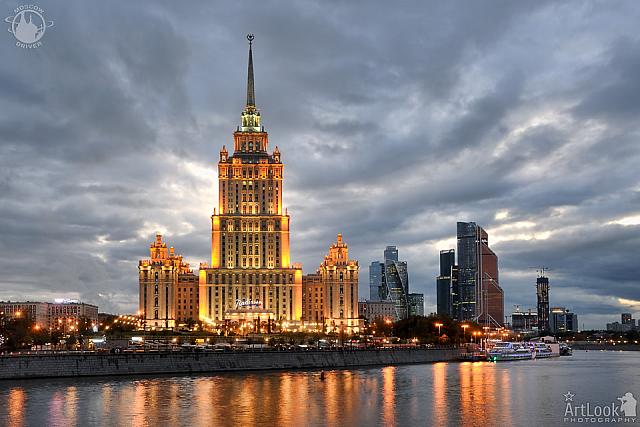 «Radisson Royal Hotel Under Grey Clouds at Twilight»
The view from Krasnopresnenskaya embankment of Moskva-River (Moscow River) on one of the well-known Stalinists high-rises, hotel Radisson Royal (former hotel Ukraine) covered with grey rainy clouds at twilight. It is one of the seven skyscrapers built after WWII to commemorate 800 anniversary of Moscow city.
Next Previous 41 of 146