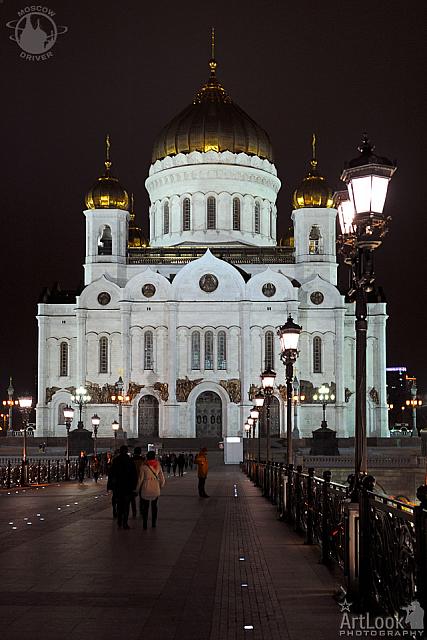 «Walk the Patriarchal Bridge»
During the Moscow by Night tour you will walk up the steps and stroll across the Patriarchy (Patriarchal) Bridge towards to the grand and majestic cathedral of Christ the Savoir that was rebuilt in 1995-2000 as the symbol of military glory of Russian army in Patriotic War 1812 and the main cathedral of Russian Orthodox church (the original cathedral was demolished by order of Stalin in 1931). The beautiful pedestrian bridge was built in 2004 by project of architect M. Posohin, artist Z. Tsereteli and engineers A. Kolchin and O. Chemerinskiy. From the patriarchy bridge can be seeing the great panorama of Moscow-River (Moskva-Reka), House on the Embankment, architectural ensemble of Moscow Kremlin at the right side and huge monument to Peter the Great at the left side of the bridge. Photo #241 taken on October 27, 2012 ©2012 Arthur Lookyanov / ArtLook Photograph
Next Previous 125 of 146

The house of Leo Tolstoy had originally been a wing of the larger house, built by Tolstoy's father, where Tolstoy was born. Tolstoy was forced to sell the main part of the old house, which was dismantled and moved to another estate, leaving only the two wings.