On the Road to the Red Square 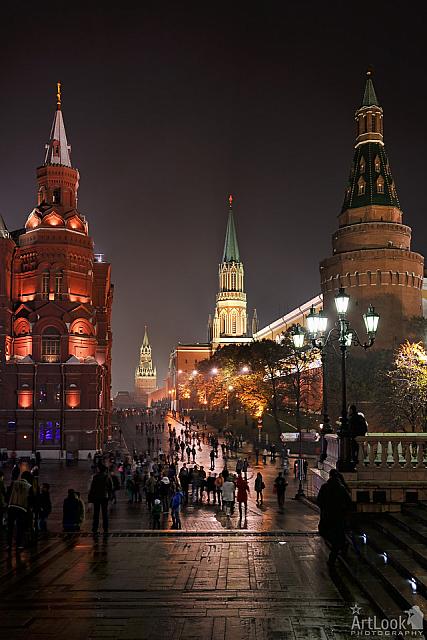 «On the Road to the Red Square»

View from the Manezhnaya Square on Saturday evening on the hundreds of people walking up the hill to the Red Square on the road between the building of State Historical Museum (on the left) and the walls and towers of Moscow Kremlin (on the right). In the line along the wall from front to back are Arsenalnaya (Arsenal), Nikolskaya (Nicholas’) and far away Spasskaya (Savior’s) towers of the ancient fortified town (the Kremlin).

The Heavenly Kingdom on Red Square at Spring Twilight

The view of Pokrovsky Sobor (Intersession cathedral), the original name of St. Basil's Cathedral, on Red Square in Moscow, when lights were just on against the darkening sky at the begining of April, 2014. The church's design is based on deep religious symbolism and was meant to be an architectural representation of the New Jerusalem - the Heavenly Kingdom described in the Book of Revelation of St.