Illuminated Monument to Marshal Zhukov in the Dusk 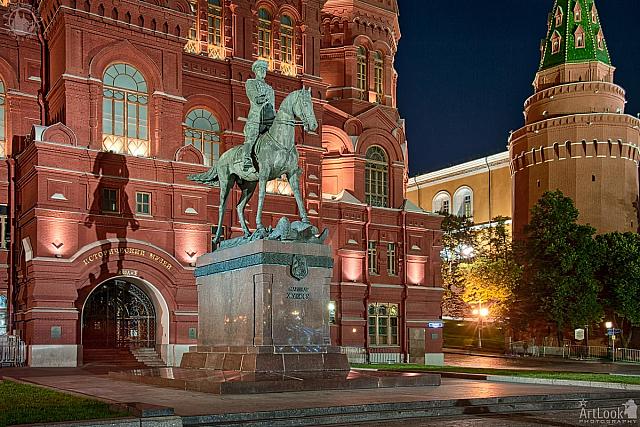 «Illuminated Monument to Marshal Zhukov in the Dusk»

Illuminated with powerful spotlights Monument to Marshal Georgy Zhukov at the building of State Historical Museum and a Kremlin tower in the summer evening. The monument to an outstanding leader, holder of two Orders "Victory", four times Hero of the Soviet Union, Marshal of the Soviet Union, "Marshal of the Victory" was established on the Manezhnaya Square in May 8, 1995 - in honor of the 50th anniversary of Victory in the Great Patriotic War.

Photo #016 taken on July 30, 2019 during the Moscow by Night tour with my Dear client from USA, Herbert Schiller.