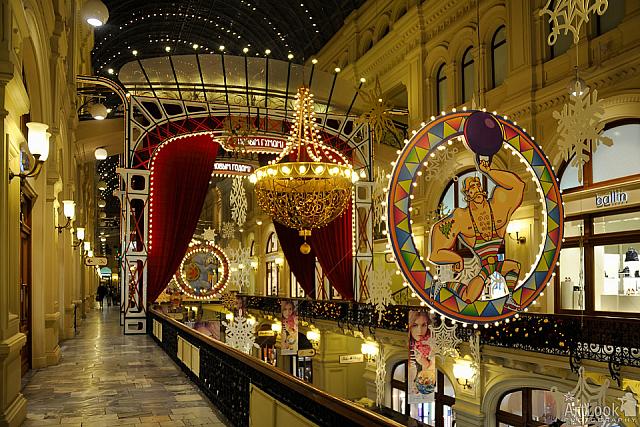 Festive interior of Russia's greatest store before the upcoming winter holidays. This is a view of the central line of the GUM from the second floor. The building of the Upper Trade Rows, which was the original name of the largest store in Russia, located at Red Square, was opened on December 2nd, 1893.

The Holy Trinity Monastery (Lavra) was founded in 1340 by the patron saint of Russia, St. Sergius, who was known for being a great mystic and ascetic. St. Sergius lived in the 14th century, during a time when Russia was occupied by the Mongol Tatars. When he was 20 years old, he left his parent’s home and spent several years living a very austere and ascetic life deep in the forest.