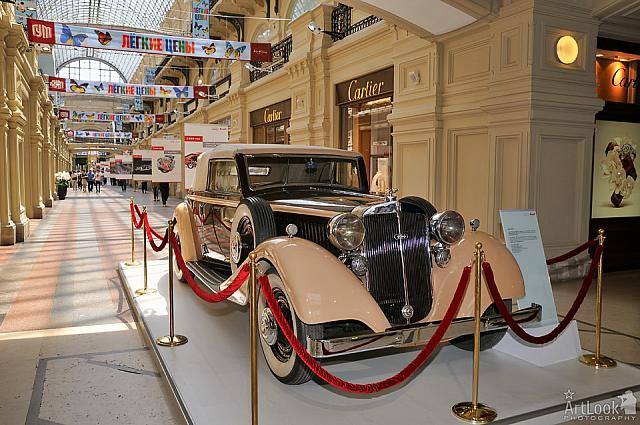 In summer 2010, at a special exhibition of retro cars in GUM, Audi Concern presented a collection of its cars from the Auto Union era. Pictured here is the stunning Horch 830 BL, a very rare, elegant pre-war German 2-door-convertible with V8-engine. The 830s series began in 1933, and the Horch 830 BL model became the top and the last model of the series. Most were produced as four-door versions. This car in the GUM exhibition was one of only two copies of the car produced in two-door style in the late 1930s. The car can reach a top speed of 115-125 km/h powered by an 82-hp 3.0-liter engine with 8 cylinders.

Photo #048 taken on June 27, 2010 during one-day Moscow city tour with my Dear clients from USA, Erik O'Day with his friends.