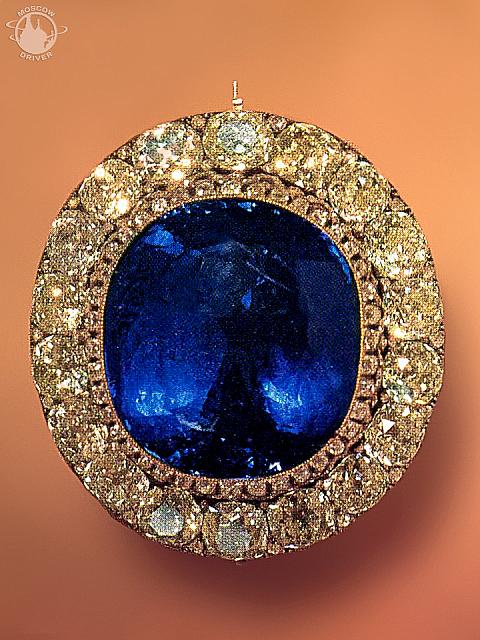 The beautiful deep-blue Ceylonese Sapphire weighing 260.37 carats and set in a high mount of gold filigree decorated with diamonds is also one of the seven historic stones in the Diamond Fund collection.