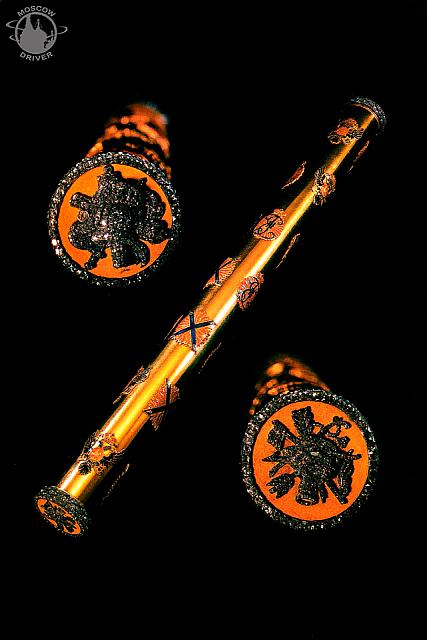 The Diamond Fund collection contains a Field Marshal's Baton decorated with brilliants and enamel work which belongs to the second half of the eighteenth century. This symbol of field marshal's authority is in the form of a hollow pipe decorated with enameled double-headed eagles, badges of the Order of St Andrew the First-Called and Catherine the Great's monogram. The ends of the pipe are closed by a circular cap studded with rows of brilliants round the edges and diamond-studded banners and weapons in the middle. For many years Prince Grigory Potemkin was thought to have been the owner of the baton, but recent research has shown that it actually belonged to General Field Marshal P.A. Rumyantsev-Zadunaisky. 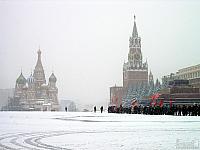 In spite of heavy snowfall on December 21, 2005, a lot of supporters of former Communist dictator Josef Stalin, mostly people from old generation, came to celebrate his birthday in Red Square. Quietly walking with red banners and portraits of Stalin through the blocked for safety Red Square, they laid down flowers on his grave behind Lenin’s Tomb (Mausoleum) to mark the 126th anniversary of his birth.