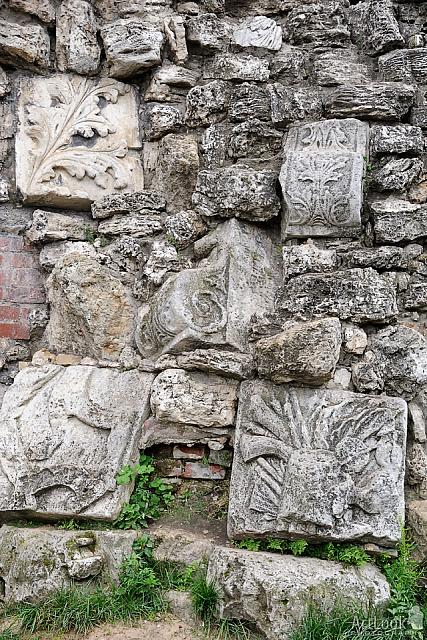 Here you can see a fragment of the wall with carved stones of Grotto Pavilion, the arched "ruins" designed by Osip Bove as part of the 1812 fire renovations of the city and constructed in 1821 at the edge of a man-made hill underneath the Middle Arsenal Tower in Alexander Garden. The stones and bricks, which were needed for the grotto, came from many structures that had suffered varying degrees of damage during the brief Napoleonic occupation in 1812. Other parts came from a partially destroyed Arsenal building, while some of the bricks bore the stamps of various Moscow factories.

Crews of the Lipetsk training center for aviation personnel and military trials of the Russian Defense Ministry perform a flight in a “tactical wing” of 10 Sukhoi aircrafts over the Red Square during airshow rehearsal of May 9 Victory Parade 2019 to commemorate the 74th anniversary of the capitulation of Nazi Germany in 1945.