At the end of 1st Tverskaya-Yamskaya street

Tweet
Photo Gallery Moscow from Car
Next Previous 3 of 7 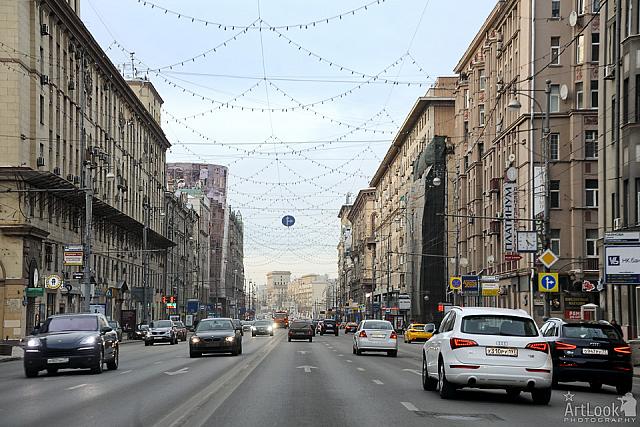 «At the end of 1st Tverskaya-Yamskaya street»

Driving North-West direction from Moscow Kremlin (at the rear) to Sheremetyevo airport.

Front corner view of the famous Soviet luxury car GAZ-13 «Chaika», shining with chrome parts under glass roof of GUM building on late August evening. It is a 1959 model. The marvelous «Chaika», which translates as seagull (whose shape can be recognized on the front of the car), was frequently used for military parades, as an official car for Soviet leaders and a number of these cars were ordered by KGB authorities.