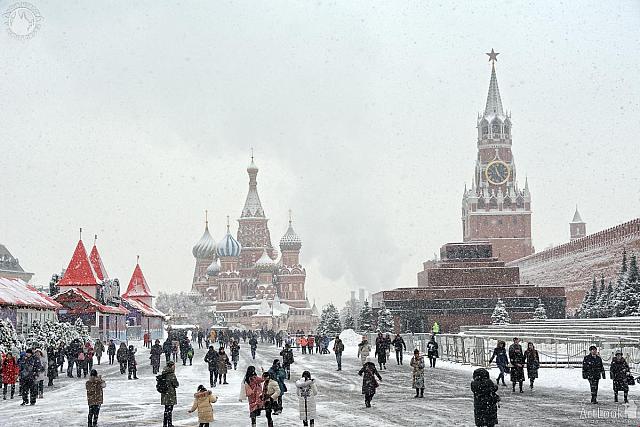 View of the area of Red Square from a porch at State Historical Museum in heavy snowfall in the middle of February month. People walking and taking pictures at the famous tourist attractions, Lenin’s Tomb (Mausoleum) and Kremlin walls and towers, GUM-Skating Rink and New Year’s Market (at the left), St. Basil’s Cathedral, and Spasskaya Tower (Savior Tower) (in the background).