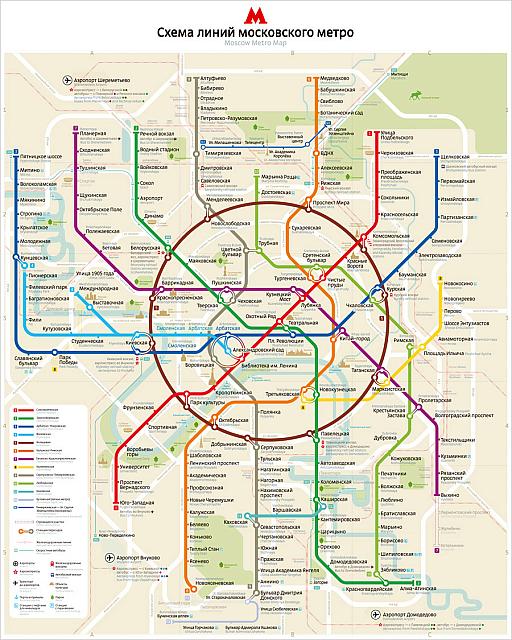 «Moscow Metro Map 2013 by Art Lebedev Studio with Landmarks»
Russia's leading internet and graphic design agency has won an online vote for the best redesign of the Moscow Metro map. Art. Lebedev Studio is a design company in Russia, founded in 1995 by Artemy Lebedev. They redrew the Moscow Metro map for a second time in three years, with even cleaner graphics and a raft of new details and won more than 50% of the online vote.
Next Previous 1 of 6

Cathedral of Christ the Savior and Moskva-River at Pink Sunset

View from Bolshoi Moskvoretsky Bridge on a cruise boat floating on Moskva-River (Moscow River) at the Kremlin embankment on the way to Bolshoi Kamenny Bridge (Big Stone Bridge) and Cathedral of Christ the Savior at the beautiful pink sunset in the Golden Autumn season.