Down from the South Vestibule of Krasnye Vorota 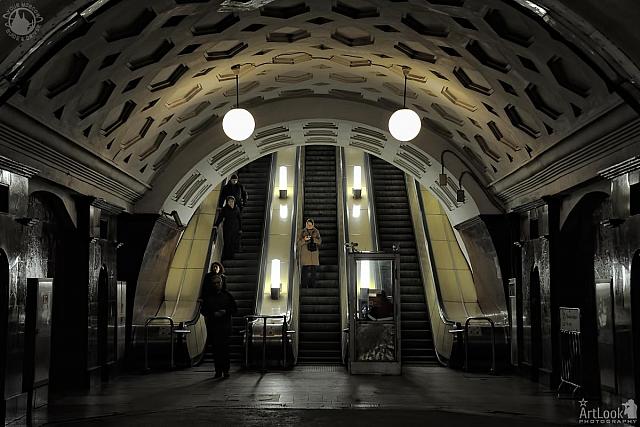 «Down from the South Vestibule of Krasnye Vorota»
Buy this Photo

People coming down on the escalator from the south vestibule to the Krasnye Vorota (Red Gate) station of Sokolnicheskaya line (Line 1, Red Line) decorated with dark-red marble, molded celling and ball-shaped lights. The station was opened on May 15, 1935. It is one of the oldest stations of Metro Metro. In 1938, the model of the station won a Grand Prix at the Paris World Fair.

In the Main Hall - Celebrating the Great Victory

When you will walk up a grand staircase to the second floor, passing sculptures of soldiers and bust of Lenin on the way, you enter into the museum’s main hall that celebrates the Soviet WWII Victory. Its central display shows the museum’s priceless relic - the Victory Banner that was raised over the Reichstag building in Berlin in May 1945 and symbolized victory over the Nazis.