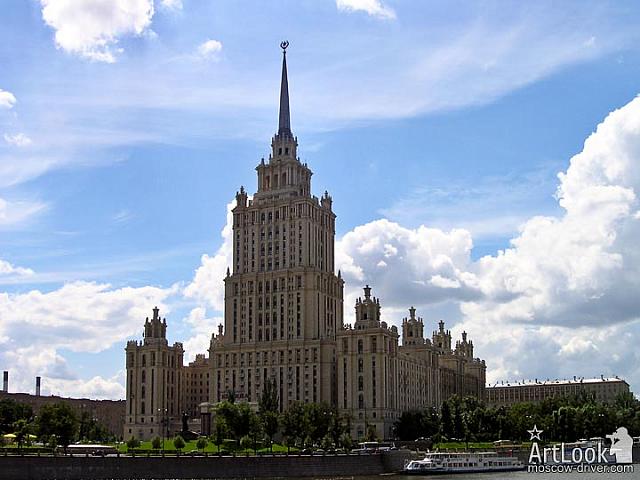 «Hotel Ukraine - One of Seven Skyscrapers»
The Hotel Ukraina is one of 7 Moscow skyscrapers (Seven Sisters) which were built by Stalin's order at the middle of 20th century. It was erected in Moscow at 1949-1955 by the design of the architects Mordvinov and Krasilnikov. It stands on the bank of the Moscow-River, and is situated in the very heart of the administrative and trade centre of Moscow (opposite The White House).
Next Previous 1 of 4

Thousands and thousands of people came to walk in the area of VDNKh exhibition center on May 9, 2015, during celebrations of the historic 70th anniversary of the Great Victory over Nazi Germany. The wheat-shape street lamps and pavilion number one of the exhibition “House of Russia’s Nations” were festively decorated with red banners with years of the anniversary 1945 -2015.