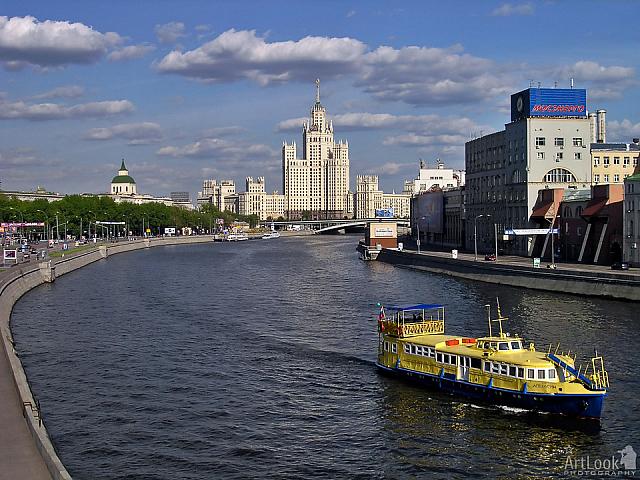 «Yellow Boat "Apelsin" on Moscow-River»
Nice cityscape from Bolshoi Moskvoretsky bridge with a cute yellow river boat named “Apelsin” (Eng: Orange) sailing on Moskva-Reka (Moscow-River) and with background of one of the famous Seven Skyscrapers built in 1950s by Stalin order. This is an apartment building in Kotelniki district (Kotelnicheskaya embankment, 1 / 15, metro station Taganskaya). Appeared in the 50s years of the 20th century, the Skyscrapers symbolized the power of the Russian people in a variety of industries. Thus, the building of Moscow National University symbolized the power of the Soviet and Russian science, the building of the Foreign Ministry - the international authority of Russia, a skyscraper on Kotelnicheskaya embankmet symbolized greatness of the Russian theater and cinema and so on. It is considered prestigious to have an apartment in a high-rise building in Moscow.
Next Previous 75 of 78

At background of Pokrovsky Convent in Suzdal

My Dear clients from Australia, Michael and Larraine Collins, standing on a high bank of Kamenka river near St. Euthymius monastery of Our Savior where opens beautiful panorama of Suzdal with view on Pokrovsky (Intercession) convent. The convent of the Intercession was founded in 1364, but its present-day look the convent took in the 16th and 17th centuries.