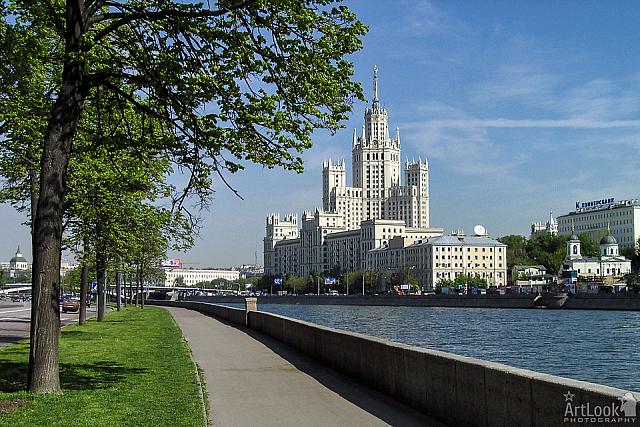 «Kosmodamianskaya Embankment and Stalin's Skyscraper»
View from Kosmodamianskaya Embankment on one of the famous Stalin's Seven Moscow Skyscrapers (also well known as “Seven Sisters”) built in 1947-1953 in an elaborate combination of Russian Baroque and Gothic styles. The impressive high-rise apartment building located about 1 km from Moscow Kremlin was built in 1951 at Kotelnicheskaya embankment of Moskva-Reka (Moscow River) and became residence of the elite Soviet writers and artists.
Next Previous 74 of 78 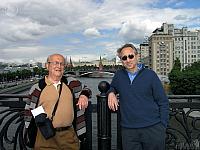 With Great Panorama of Moscow Kremlin

My Dear Clients from USA, Lewis Rose and Steve Seidman, on Patriarchy Bridge near cathedral of Christ the Savior. It is the beautiful view of the main historical site and stronghold of Moscow, Kremlin, during city tour around the most famous landmarks of the capital of Russia.