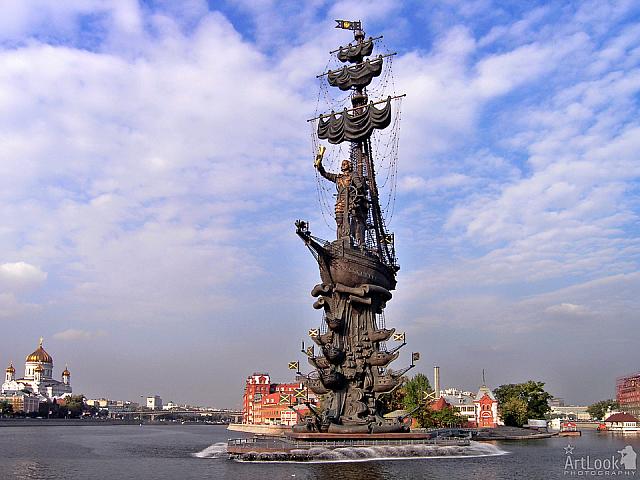 «Giant Monument to Peter the Great on Moskva-Reka»
On a spit in the Moskva-Reka (Moscow-River), in the heart of the capital of Russia (a mile from Moscow Kremlin) stands one of tallest statues in the world (8th place) made from steel and bronze - the monument to Peter the Great. Nearly 98m (328ft) high statue was unveiled during the celebrations of Moscow's 850th anniversary and was dedicated to the 300th anniversary of the Russian navy (September 5th, 1997).
Next Previous 77 of 78

View of the upper part of the Church of the Holy Royal Martyrs and Passion-bearers on the territory of the church-historical complex “Pavlovskaya Sloboda” on a beautiful hot summer day.