Tweet
Photo Gallery Moscow - The Capital of Russia Cathedrals and Monasteries of Moscow St. Andronik Monastery of the Savior
Next Previous 1 of 2 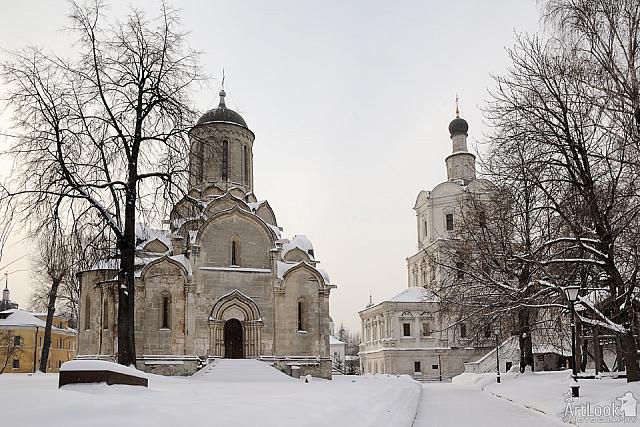 Winter scene of the grounds of Andronikov monastery of Our Savior with the view from the north side on the architectural ensemble of its churches.The ancient four-pillared Saviour Cathedral constructed in 1420–1427 is standing at the left on this picture and the Church of Michael the Archangel constructed in the 1690s is at the right. Spassky Sobor (Savior Cathedral) consecrated to the Holy Image of Saviour Not Made by Hands is the monument of Russian national Renaissance and the oldest stone building in Moscow survived until now. The adjacent baroque church was commissioned by Eudoxia Lopukhina in 1694 to commemorate the birth of her son, Tsarevich Alexis, and contains a burial vault of the Lopukhiny family.