Power Plant No 1 at Raushskaya Embankment in Winter Twilight 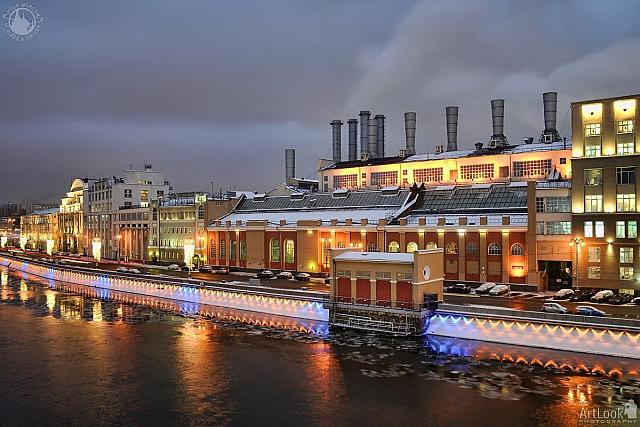 View from floating pedestrian bridge of Zaryadye park on illuminated working Russia’s oldest heat and power plant at Raushskaya Embankment with reflections in freezing water surface of Moskva River in the winter twilight.

The power plant No 1 was laid in June 1896. In 1906, it was rebuilt, and in 1930 was reconstructed, overgrown fashionable constructivist buildings received heavy-duty turbines and have since worked flawlessly, feeding electricity Kremlin in Moscow and a number of enterprises. It is the landmark of industrial architecture combining art deco and constructivist styles.

With Panorama of Moscow Kremlin