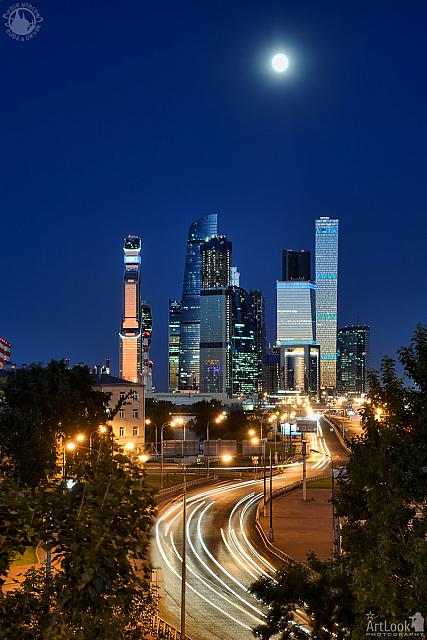 Framed by trees, the modern skyscrapers of the Moscow International Business Centre (MIBC) also known as "Moskva-City" (Moscow City) and car light trails under the bright light of the Moon in the spring dusk. The view from Zvenigorodskoye Shosse (Highway).