Defender of the Motherland - Sculpture of Soldier with Machine Gun 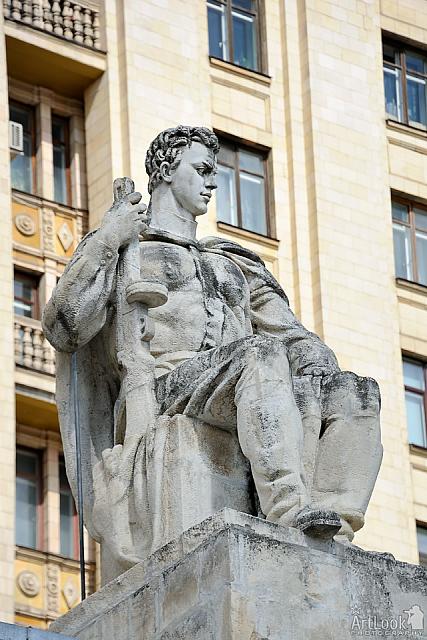 «Defender of the Motherland - Sculpture of Soldier with Machine Gun»

The facade of Stalin high-rise building on Kudrinskaya square is decorated with allegoric sculptures (sculptors N.B. Nikoghosian, M.K. Anikushin, and M.F. Baburin) that symbolize creativity, defense, and labor of Soviet citizens. On the picture is shown the sculpture of a soldier with machine gun serving to defend his Motherland. The building was built in 1948-1954 and called the “House of Aviators” because of many apartments here were given in 1955 to workers of aviation industry and test pilots.