Tweet
Photo Gallery From Russia with Love Love St. Basil’s!
Next Previous 5 of 12 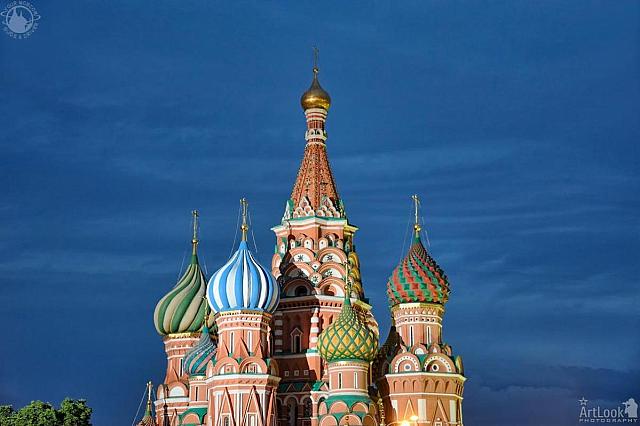 Beautiful onion-shaped cupolas (domes) of St. Basil's Cathedral against covered clouds blue lighted skies in twilight during the celebration of Russia Day in Red Square. The well-known church was highlighted with additional powerful spotlights before fireworks.

Angle view from metro station Borovitskaya on the rising above the city Pyotr Pashkov’s house in the twilight of a nice and warm spring evening. Located right in the center of the capital, Pashkovs house is one of Moscow’s most beautiful mansions. It was built in 1786 just opposite the Borovitskaya Kremlin Tower mansions. This building is one of the most significant architectural landmarks of the 18th century, a masterpiece of the epoch of classicism. It used to be home to the Rumyantsev Museum—Moscow's first public museum—in the 19th century. The palace's current owner is the Russian State Library.