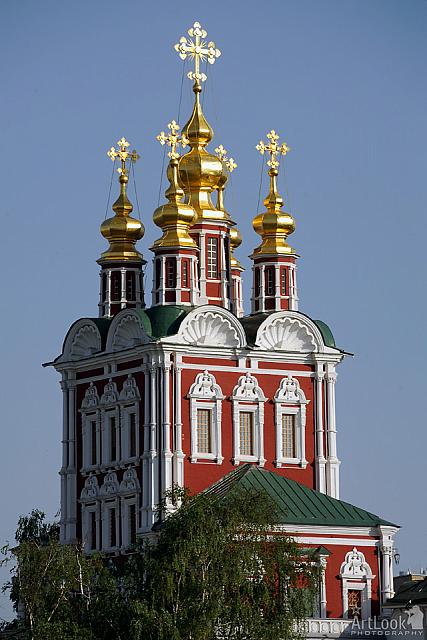 «Golden Domes of Transfiguration in Baroque (Moscow Novodevichy)»
The North Gate of famous Novodevichy convent, witness of noble and royal women, is linked with the Church of Transfiguration built in so-called Moscow Baroque style in late 17th century on money commissioned from half-sister of Peter I (The Great), tsarina Sophia. During for 400 years the Novodevichy Convent was the witness and the participant of important historical events, connected with the names of Ivan the Terrible, Boris Godunov, Sofia and Peter I.
Next Previous 22 of 36

View of the central part of Moscow city at Night

Panorama of Moscow from Vorobyevy Gory (Sparrow Hills), the highest hill in Moscow located in southwestern part of the city, on the right bank of Moscow River (Moskva-Reka). On the picture is the area of Olympic Sport Complex Luzhniki, hotel “Radisson Royal” (former “Ukraina”), White House, area of Novodevichy convent and cemetery, the building of the Ministry of Foreign Affairs of Russia (the one of seven Stalin high-rises).