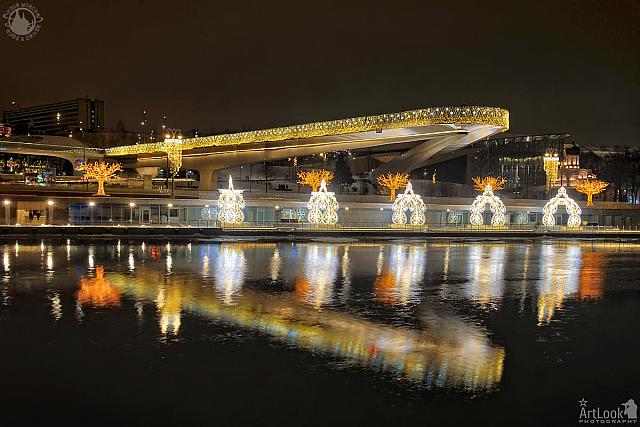 Festively decorated for winter holidays with garlands and light installations floating bridge and pier of Zaryadye park at Moskvoretskaya Embankment with a reflection on the surface of the non-frozen yet river Moskva (Moscow) on New Year’s Eve, in the first hours of 2019. The night view from Raushskaya embankment.

Three honor guards of Presidential Regiment with the old SKS rifles lock bayonet knifes at the end of the ceremony of Changing of the Guards at the Tomb of Unknown Soldier in Alexander Garden at the Kremlin Wall against sunshine in the winter season. SKS rifle is the Soviet semi-automatic carbine designed in 1943 by Sergei Gavrilovich Simonov that now used in Russia only for ceremonial purposes.