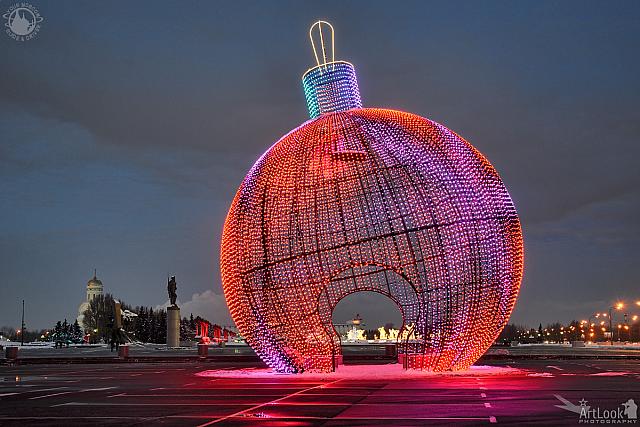 The world’s largest 17-meter high musical Christmas tree ball on Poklannaya Hill (Victory Park) illuminated with bright red colors on an early winter morning. The gigantic ball entered the Guinness Book of Records in 2016 in the category Largest Image Made of 23,000 LED Lights.

The Resurrection cathedral is the main and central church of Kashin town in Tver region. It had been reconstructed and ruined several times during its long historical background. A wooden church was built originally in late 14th century, it was rebuilt from stone in mid of 16th century, but suffered from a great fire in 1761.