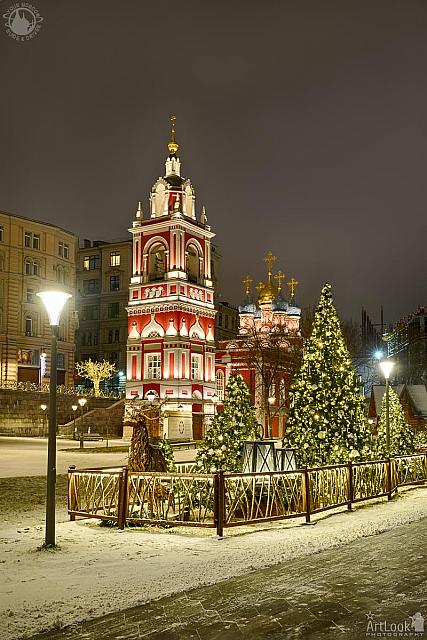 View from Park Zaryadye on the three-tier red and white bell-tower of the Church of St. George the Victorious on Pskov Hill framed by street lamps and Christmas decorations after a snowfall. The bell tower was built in the years 1818-1819 in the neo-Gothic style. The church of St. George (Intercession of the Most Holy Theotokos) on Pskov Hill was built in 1657. It is a vivid example of Moscow architecture of the mid-seventeenth century, the golden period of Russian identity and the Russian Uzorochiye (pattern-work) style. The last restoration of the church with the bell tower was in 2015 during the construction of the new park Zaryadye in the historical center of Moscow city.

= On the Way to Dormition Cathedral in Winter Twilight =