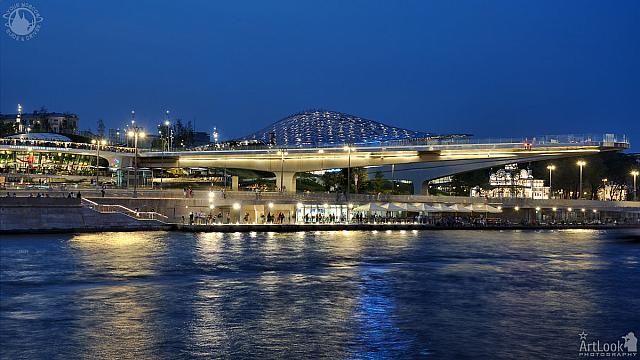 Beautiful night view from Raushskaya embankment of Moskva River (Moscow River) on the modern park Zaryadye built in September 2017 on the site of former hotel Rossiya in twilight in hour before spectacular fireworks display over the main Moscow landmarks as part of the Russian Capital’s City Day. Moscow celebrated its 871st anniversary.

The new park was designed by the American architecture practice Diller Scofidio and Renfro, which called the park’s concept “wild urbanism”. became its one the key features. Many people walk around the park, its hovering bridge and the pier at Moskvoretskaya embankment to find a good spot to watch the fireworks.