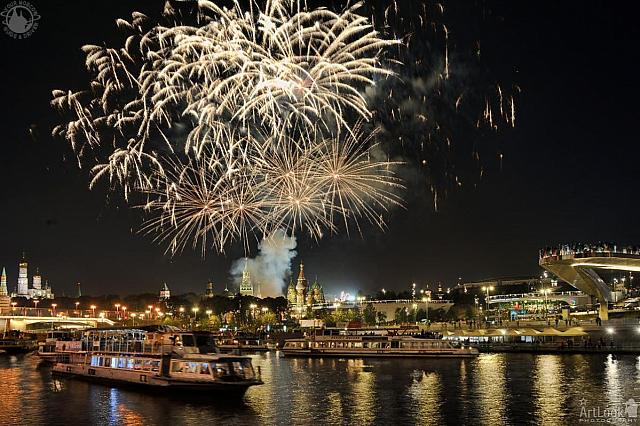 Moscow Day was celebrated with a spectacular fireworks display on Saturday, September 08, 2018, as part of the Russian Capital’s City Day. Festive fireworks were launched from numerous sites and were visible right across the capital. The view from Raushskaya Embankment on fireworks in the historical center of Moscow city launched from St. Basil’s Slope in the background of St. Basil’s Cathedral, Moscow Kremlin towers, the edge of the modern hovering walking bridge of Zaryadye Park. During the fireworks, many river cruise boats stopped at this spot on the river Moskva (Moscow) so their passengers could watch the spectacular fireworks from the water as well.

Memorial over the grave of Count Roman Vorontsov

There is a memorial in the eastern part of the cathedral dedicated to Count Roman Vorontsov, who was the first governor of the Vladimir land. You can see a marble figure of mourner, bending over the funerary urn, and a boy with a pelican on the tomb. The figures were made in England, where the Count Vorontsov served as ambassador, and then minister.