Lights on the Majestic White-Stone Cathedral 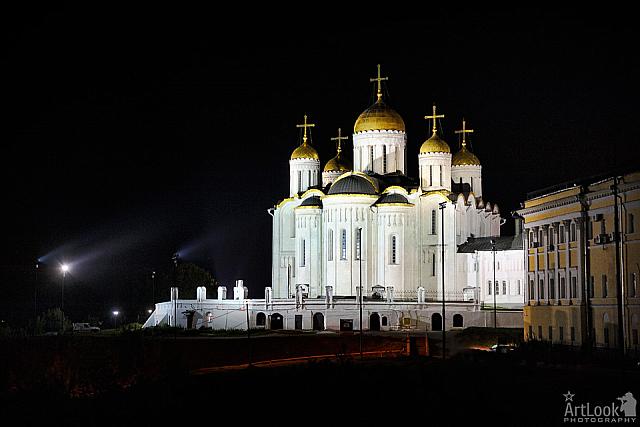 «Lights on the Majestic White-Stone Cathedral»

Night view of the East side of the magnificent five-domed Dormition (Assumption) Cathedral, built of white limestone in 1158-1161 and reconstructed in 1185-1189. For more than eight centuries the white-stone cathedral, standing on a high bank of the River Klyazma, has been adorning the Russian land. Originally, the cathedral was crowned by a single golden dome, but after the fire in 1185 and the following reconstruction, the charred walls were enclosed with new ones, and a new two-tier gallery topped with smaller four domes on the corners of the buildings had appeared in 1189. It is a classic work of early Russian architecture that has been included into the UNESCO's World Heritage List 1991.

Photo #1132 taken on September 24, 2014 from observation square located on a small hill near St. Demetrius cathedral with my Dear client from Australia, Paul O'Toole, at the end of the long distance countryside tour of Vladimir and Suzdal. 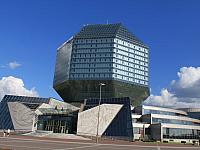