Russian Beauty Behind the Wooden Fence 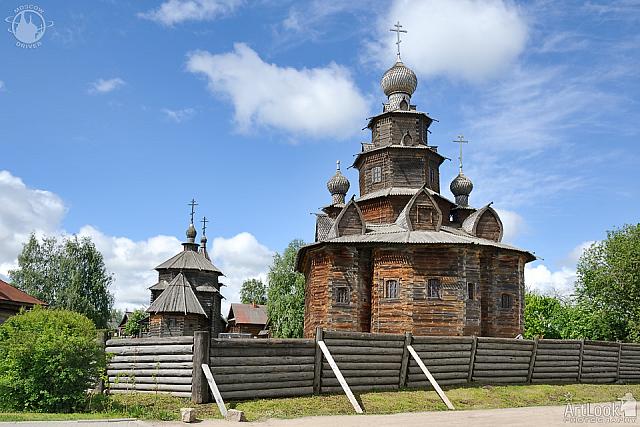 «Russian Beauty Behind the Wooden Fence»

The view from Pushkarskaya street on the old and beautiful Russian wooden Church of the Transfiguration behind the fence around the Suzdal Museum of Wooden Architecture and Peasants' Life against blue sky with white clouds.

The three-level log church was built in the village of Kozlyatyevo in the Kolchugino District of Vladimir region in 1756. It was moved to the museum in Suzdal in 1967-1968. On July 21, 2011, the top of the church caught fire after being struck by lightning. Restoration works of the church were held almost half a year by 36 craftsmen from Vladimir city and it was finished in February 2012. The restoration cost quite big sum to the city of about 6 million rubles ($200.000).

Photo #001 taken on June 03, 2017 in Suzdal during long distance tour of the Golden Ring of Russia with my dear client from Belgium (Japan), Kazuko Kawabata.