At the Entrance into Museum of Wooden Architecture Covered Snow 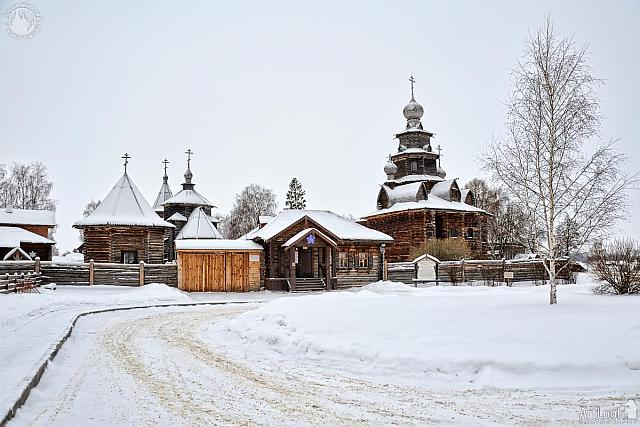 «At the Entrance into Museum of Wooden Architecture Covered Snow»

View from Pushkarskaya street on the beautiful wooden churches, buildings and fence with a gate into the Suzdal’s Museum of Wooden Architecture and Peasants Life framed by a birch tree in a winter season.

Photo #009 taken on December 24, 2018 during long-distance countryside 2-day tour to the cities of Golden Ring of Russia with my dear clients from Hong Kong, Esther and Ricky.

The Novodevichy Convent founded by Grand Prince Vasili III has become a living image of Russian history from XVI century, Moscow and Moscow Princedom in particular. This museum combined with an operating monastery is located on Devichye Pole, in the bend if the Moskva River, not far from Luzhniki, in the very end of Prechistenka, one of the oldest Moscow streets.