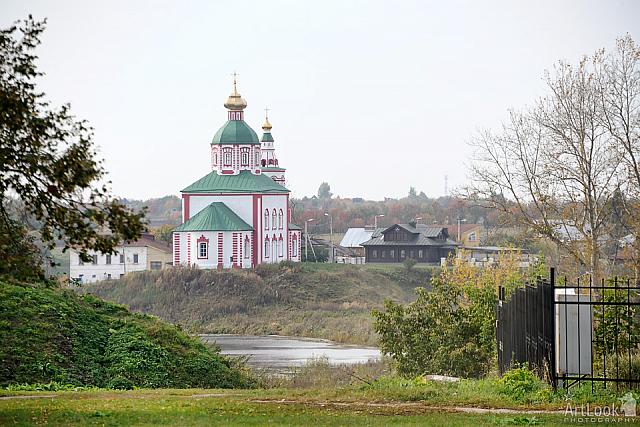 Beautiful landscape of Suzdal during fall season, with the church of St. Elijah (Ilya) The Prophet, built in 1744 on Ivan’s hill at the curve of the Kamenka River. The church was recently repainted (in September 2014) with white and red colors. In the small Russian fairy-tale town of Suzdal there are dozens of attractive churches, but this one is the most noticeable, and can be seen from many sides the city, the gem of the Golden Ring of Russia. This picture was taken from Kremlevskaya street, not far from Trade Rows. At the right of the church you will notice an old-style Russian timber house, which contains a good restaurant called «Kvasnaya Izba».

Photo #525 taken on September 24, 2014 during long distance countryside tour of Golden Ring of Russia towns, Suzdal and Vladimir, with my Dear clients from Australia, Paul O'Tool, Bill and Robine.

Filyovskaya (Fili) Line (until 1971 - Arbat-Filyovskaya is the fourth line of the Moscow metro. It was opened in 1935 and passes in the western part of the city through the historic district of Fili, which explains its name. One of the two lines of the Moscow metro (the second is the Butovskaya line), most of which is on the surface.