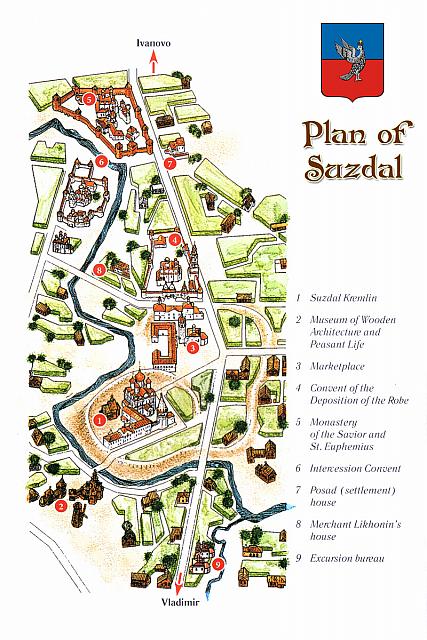 Schematic map of the most popular tourist attractions in Suzdal located along its main street, ulitsa Lenina (Lenin’s street):

Pereslavl-Zalessky is one of the ancient cities of central Russia. The town was founded in 1152 by prince Yury Dolgoruky. It is located halfway between Moscow and Yaroslavl, about 130 km North-East of Moscow on the bank of Pleshcheevo Lake. Here, in 1693, young Peter the Great constructed a "funny fleet" which became a prototype of the first Russian fleet on the Baltic sea.