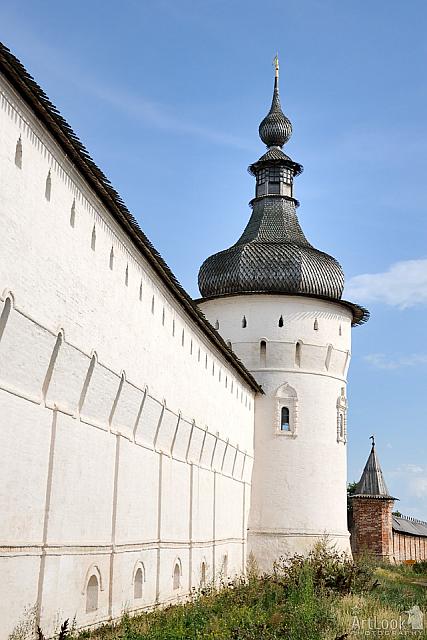 The impregnable walls and perfectly proportioned tented towers of Rostov's Kremlin were erected in 1670s-1680s during a great reconstruction of the stronghold of the city under leadership of Iona Sysoevich, Metropolitan of Rostov and Yaroslavl. It was built as his Residence also known as the Metropolitan’s courtyard.

The view on the kremlin's wall and Grigoryevskaya (St. Gregory’s) tower from outside of the fortrees. It was named after a church standing behind it (inside the kremlin) and devoted to St. Gregory the Theologian.

The wooden roofs of the towers and walls of Rostov Kremlin were restored in 1950s-1960s, after a strong storm has ripped through Rostov Veliky on August 24, 1953, taking with it most of wooden construction. The chief architect during the restoration works was Vladimir Sergeevich Banige (1905-1973). 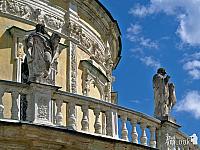