Covered Motorboat on the Shore of Lake Nero 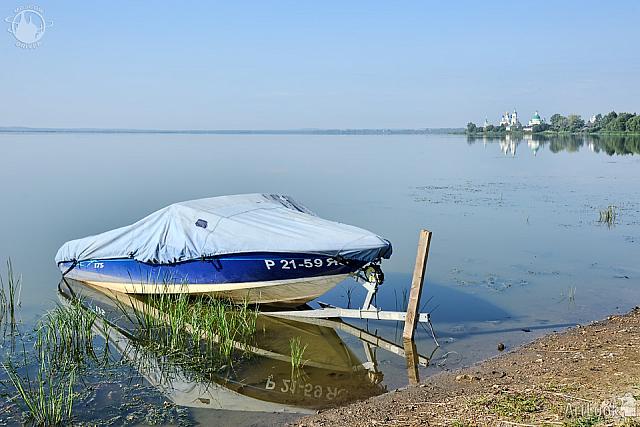 «Covered Motorboat on the Shore of Lake Nero»

Covered with tarp blue motorboat on the shore of beautiful lake Nero near the pier “Podozerka” (Literally: At the Lake) at early summer morning. Churches and towers od Spaso-Yakovlevsky monastery appear in the background at the right on the picture.

Headquarters of Russian Academy of Science in Autumn Twilight

Front angle view on the extravagant twenty-two-story building of the headquarters of Russian Academy of Sciences (RAS) in twilight at a nice and warm Autumn evening. The science ensemble was built in 1970s-1980s and called “The Golden Brains”. Anodized gold and electric style, the unique Soviet project became a bridge to post-Soviet postmodernism, a city dominant, and a symbol of science.