The White Stone Gem on the Nerl River 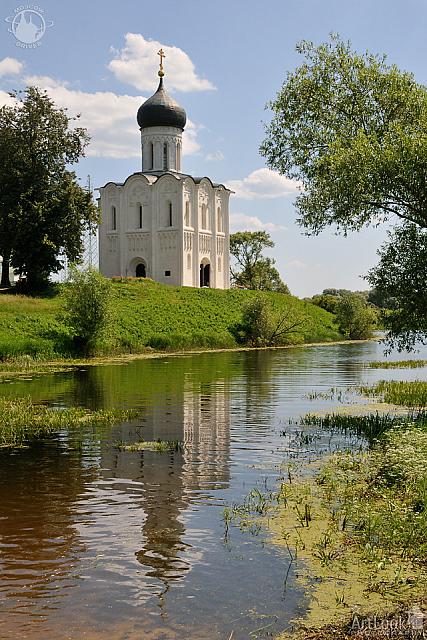 «The White Stone Gem on the Nerl River»

The view of the white stone church of the Intercession of Virgin on the Nerl River with reflections on the water framed by trees. The beautiful church was built in 1165 on money commissioned from Grand Prince of Vladimir Andrey Bogolyubsky in the area of his Royal country residence in Bogolybovo, outskirts of Vladimir city, to commemorate his slain son. The church stands on a small hill among extensive water-meadows a mile from Bogolyubovo. It is in the UNESCO World Heritage List from 1992.

Photo #176 taken on July 08, 2010 during the long distance countryside tour to Vladimir - Bogolyubovo - Suzdal with my dear client from Australia, Dmitry Shtifelman.