With Lenin and Nicholas II 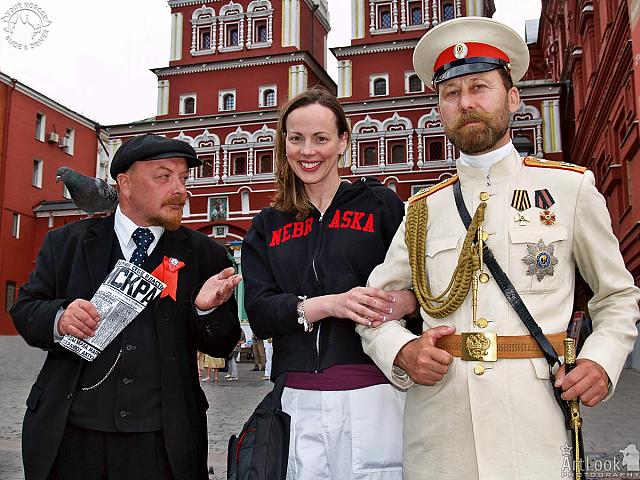 «With Lenin and Nicholas II»

Funny picture of my Dear client from USA, Shondra Allen Carpenter, with actors resembling Lenin and Nicholas II near the Resurrection gates to the Red Square.

At the Resurrection gates and State Historical Museum, from the side of the monument to famous Marshall Zhukov (huge monument with the military man on a horse), suddenly you can meet a few actors look-alike Nicholas II, Lenin, Stalin or even Putin. It is fun to take pictures with them, but be sure you have a few hundred rubles to pay for their service. An actor representing Putin takes twice as much as his competitors, and no wonder why.

Photo #020 taken on June 20, 2007 during Moscow city tour with my Dear clients from USA, Shondra, and her mother Maryann.