Sculpture of the Woman-Sphinx with a Ball at Massandra Palace 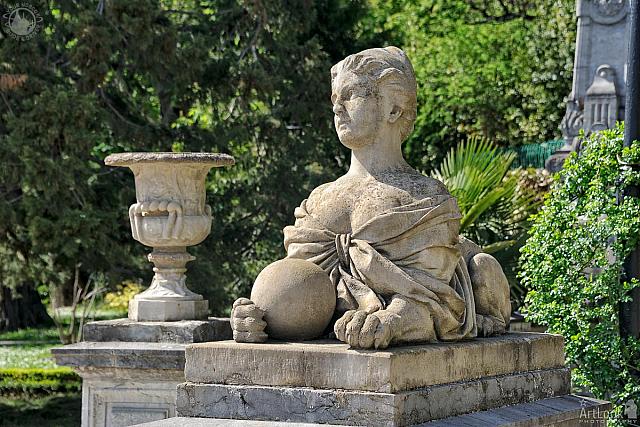 Sculpture of a woman-sphinx with the ball at the facade of Massandra Palace, a suburb of Yalta, Crimea. The palace was built at the end of 19th century in the style of Louis XIII of France (French chateaux of the Renaissance) and belonged to Russian Emperor Alexander III.

Tsar Cannon stands close to the Tsar Bell on Ivan's Square. Its bronze 5,34 meter and 890 mm in caliber barrel weights about 40 tons. The cannon was cast in the year of 7094 of the Creation, or 1586 A.D., the third year of the reign of Tsar Feodor I (son of Ivan IV The Terrible) by cannon founder Andrei Chokhov.